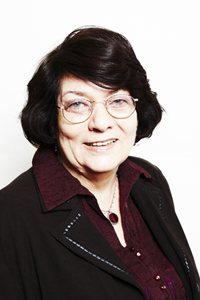 The name Childspace is built around Pat Costello’s philosophy of the importance of a child’s space and at a child’s pace.

The daycare and its program were built on her belief that children should enjoy respect for oneself and others regardless of race, background, social status or religious beliefs.

That children should be free to explore a warm and friendly environment and able to work at their own pace and level of development.

And that they should have loving carers working in partnership with family and the community to expand their interests and development.

Childspace Daycare started in the music room of St. Brigid’s basement in 1982. Pat started the search for a suitable location in the fall of ’82. After obtaining a license from the Province and incorporating, Pat was granted a subsidy agreement from the City of Toronto and received a $15,000 start-up grant. She opened the doors of Childspace on January 2nd 1983, and served as the first Chair of the Board until our first Annual General Meeting in June 1983 when a Board was elected.

Through all of Childspace’s growing pains with school renovations, closures and relocations, the organization has continued to flourish. The daycare has also experienced numerous relocations, each of which has required the same work and procedures as opening a new day care.

This journey of Childspace has paralleled with Pat’s personal role as mother, grandmother and great-grandmother.